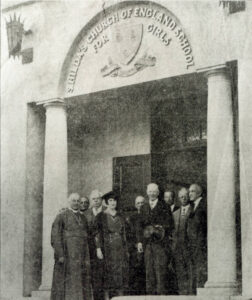 As one of the oldest girls’ schools in Western Australia, St Hilda’s has helped shape the future of over 10,000 students and is an important part of the state’s history.

Originally named Girls High School, it was taken over by the Council for Church of England Schools in 1930 at the urging of Archbishop Le Fanu, who wanted to maintain a school for girls that had a Church of England Allegiance.

Archbishop Le Fanu was instrumental in the decision to buy the land at the present site in Mosman Park and re-establish the school under its own control with new direction and a new name.

As St Hilda’s journey continues to unfold, we go on praying for God’s guidance and strength, confident in God’s love. 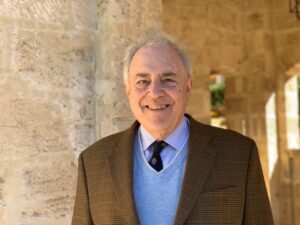 Before coming to St Hilda’s, Father Frank Sheehan was chaplain at Christ Church Grammar School. He was Senior Canon at St George’s Cathedral for ten years and a broadcaster with ABC Radio National. In 2018, he received an OAM for services to the Anglican Church and the wider community.

I love the vast breadth of the Anglican Communion and its willingness to welcome people who are at different places on the search for some sort of meaning in their lives; from those who have robust and very confident faith to those who find it a challenge to believe but who, nonetheless, want to be part of a community which allows them nurture their souls and to be supported by the faith, hope and love of others. We can learn from each other and there is room for us all.

St Hilda’s offers a number of opportunities to fulfil and develop an appreciation of the Anglican faith. This includes Holy Communion, Chapel service, Religious and Philosophical studies and Community Service initiatives. St Hilda’s Day is celebrated every year in September with a chapel service held for both Junior School and Senior School students at St. Georges Cathedral in the city. In Year 12 a Spirit Prefect is selected who works with the School Chaplain and Student Wellbeing to uphold the spiritual life of the School. They also carry the cross at Chapel service, make announcements at assemblies and the Grace and assist in the running of Community Service Day.